Chas Crowder at the Summit

CHAS CROWDER AT THE SUMMIT 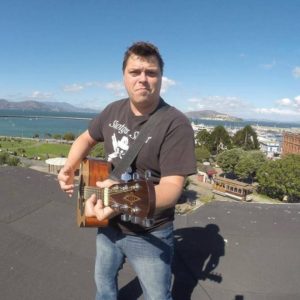 Chas started playing harmonica around age 8 when Jerry “Boogie” McCain presented him with a set; he was soon joining in the music. He won the school, county, and state competition for singing in the 4H Club. At that point, his home was near a private studio that recorded the likes of Johnny Shines, John Brim with Bob Margolin, and Pinetop Perkins. Chas played his first paid gig and later joined his mother, Alabama blues woman Alabama Annie in Memphis, Tennessee on historic Beale Street and after an audition became the house drummer for “The Blues Alley Trio” which included sax legend, Tot Randolph. He learned to play guitar after the shows at night. In 1997 while the band was playing a string of gigs, Chas made his first appearance on MTV, featured in a spot with Snoop Dog on “The Week in Rock.” Through a short stint of college and on to the present, Chas has worked with various bands across the south, southeast, and west coast. He’s performed with Kenny Wayne Sheppard, Cody McCarver of Confederate Railroad, Jeff Cook of the band Alabama, Roger Allen Wade, The Zach Brown Band, Pierce Pettis, and the legendary B.B. King. He’s been called a “Wandering Guru” by Atlanta Magazine. He’s been featured in over thirty publications and 10 National TV/news agencies across the states for his achievements and music. He’s played over 5,000 gigs in thirty-three states at over a thousand venues, including three trips to the International Blues Competition representing the state of Florida twice and the state of Alabama once. Since then he has relocated to Santa Cruz California where he plays nightly in the bay area. He founded the largest 100% musician group in the entire bay area, booking different venues as he continues to work for fair pay and equality for the local music scene, himself and his daughter.