Tuck Wilson at the Westside 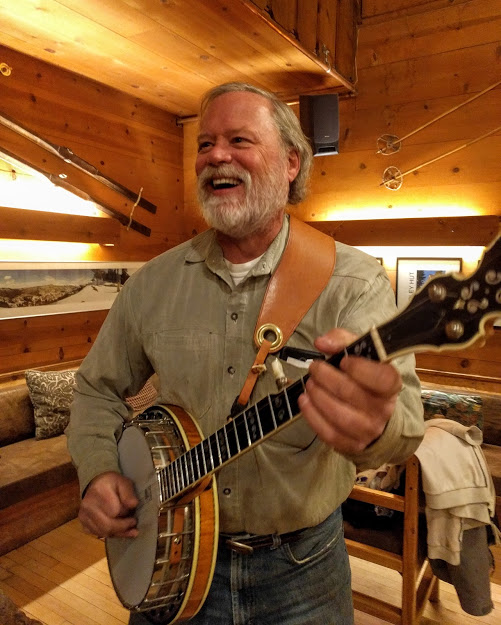 I grew up in Wilmington, Delaware, and Geneva, Switzerland, and was home-schooled through the 8th grade. I graduated from Tower Hill School, a small co-ed prep school in Wilmington and received degrees in economics and art, both Magna Cum Laude, from the University of Delaware . Raised on classical music and Broadway musicals, I was introduced to folk music at age 10, when my oldest brother brought home albums by Pete Seeger and Joan Baez. I was immediately captivated by the simplicity of the instrumentation and the social conscience of the lyrics. I switched from piano lessons to guitar and never looked back. I’ve been performing professionally since high school and had the good fortune to play some of New York City’s iconic folk clubs like Gerde’s Folk City and The Other End “back in the day.” After 5 years as the “house band” at Johnny Seesaws, the legendary roadhouse in Peru, VT, I moved to Olympic Valley, CA, home to Squaw Valley ski resort, near Lake Tahoe.