Andy Fuhrman at the Westside

ANDY FUHRMAN AT THE WESTSIDE 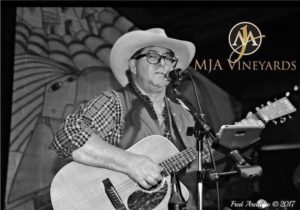 Andy Fuhrman is a singer-songwriter originally from Brooklyn, inspired and shaped by the American folk music revival and birth of rock and roll in the 1950’s and ’60s. Since relocating to Santa Cruz in 1971, his music now truly is an Americana – Brooklynbilly mix of Folk, Rock, Blues, Country and Brooklyn Doo-Wop, performing both his own originals songs and covers from Bob Dylan, Donovan, Jerry Jeff Walker, Johnny Cash, Merle Haggard, John Prine, Jackson Browne, Gram Parsons, Hank Williams, Dion & The Belmonts and many others.